Of the estimated 1.2 billion students enrolled in primary and secondary schools worldwide, 875 million children are enrolled in high seismic risk zones; while millions also face regular flooding, storms, landslides, and fires. These children are spending up to 50% of their waking hours in school facilities that are often neither constructed nor maintained to be disaster resilient.

The impacts of disaster to children and youth and to the education system are dire in Asia Pacific. The region is home to 750 million young people aged 15-24 (UNESCAP); while 25.3% of the region’s population is under 14 years old. The region is also the most hazard-prone in the world, where children and the young are disproportionately affected by disasters. It is also predicted to be one of the most affected regions by the projected impacts of climate change. 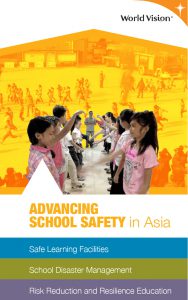